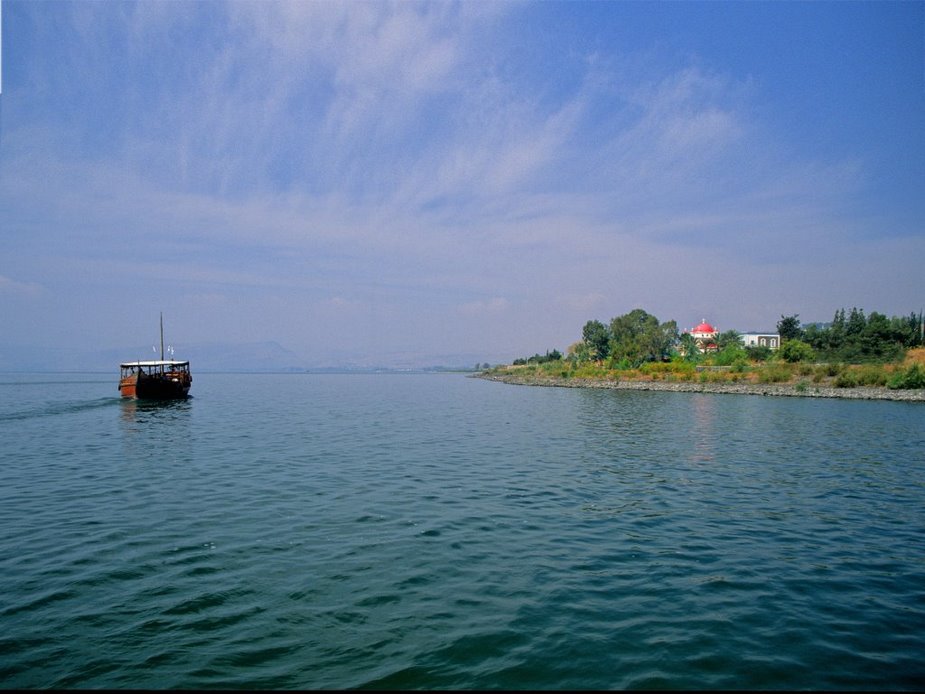 The red-domed church, built in 1931, marks the site of the ancient village of Capernaum, and is dedicated to the apostles who lived in that area.

After leaving Nazareth Capernaum then became Jesus's home town and was the scene of many miracles (Matt. 4:21). 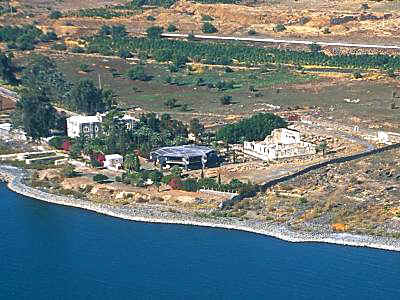 The octagonal building in this scene is the modern day church in Capernaum. The church is reportedly built directly over the ruins of what were at one time Simon Peter's house.

A large glass area has been installed in the floor of the church so that visitors can look down on the excavation site.

Peter's house was not small. When viewing the ruins one can see how there was room for his 'mother in law' and the other relatives mentioned in Scripture.


Back to Jesus Walks on Water